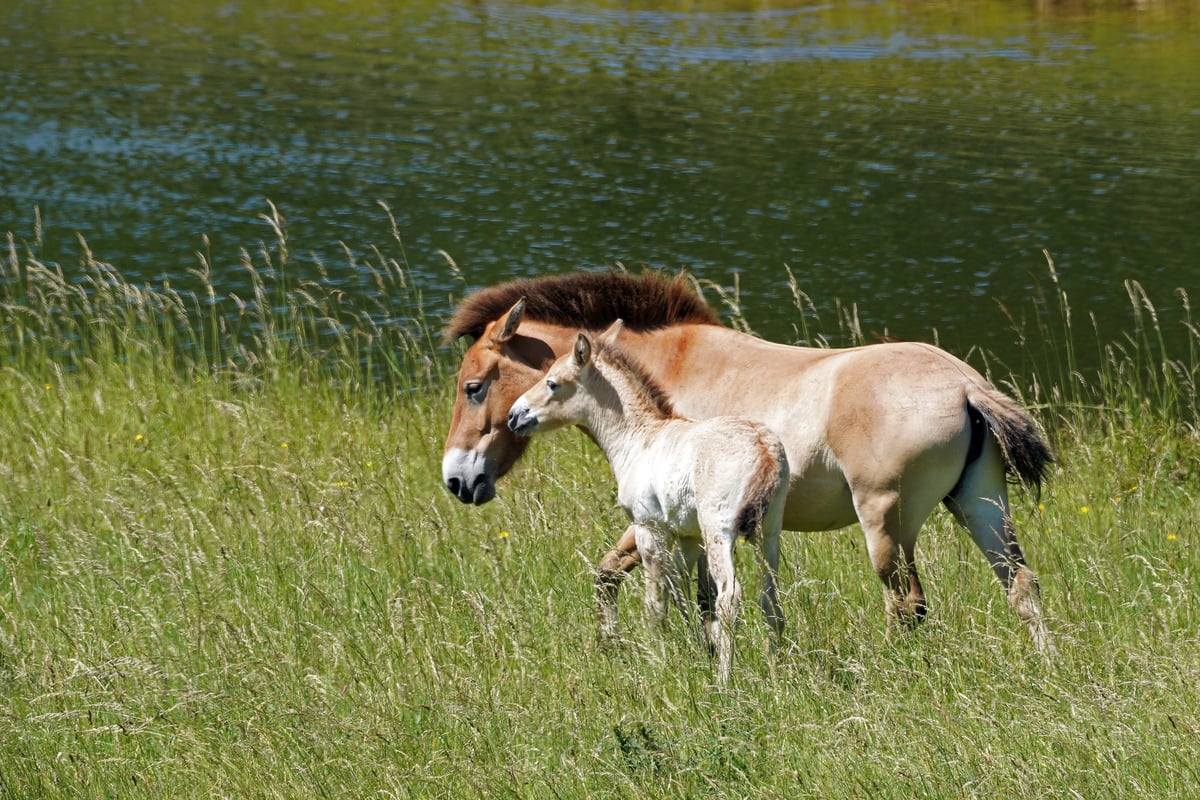 A zoo is celebrating the birth of a rare Przewalski’s foal which previously went extinct in the wild for nearly 40 years.

The male foal was born to parents Nogger and Speranzer at Marwell Zoo near Winchester, Hampshire, on May 28.

It has been named Basil after the first male Przewalski’s horse ever to live at the zoo.

Keepers report the new youngster is staying close to its mother and the females of the herd are being protective.

The naming of the new foal is a nod to Marwell’s 50th anniversary, which the zoo is celebrating this year.

A zoo spokeswoman said: “Keepers report the new youngster is staying close to its mother and the females of the herd are being protective.

“The male foal will go on to be an important part of the European ex-situ breeding programme.”

Przewalski’s foals weigh between 25 and 30kg at birth. They can stand and walk within an hour of being born, and within a few weeks they are able to start to graze.

Przewalski horses are listed as endangered on the International Union for the Conservation of Nature’s (IUCN) Red List of Threatened Species with populations increasing thanks to zoo breeding programs.

In the mid 18th century wild Przewalski’s horses would have been found from the Russian Steppes east to Kazakhstan, Mongolia and northern China.

Watch the stories that matter, right from your inbox.