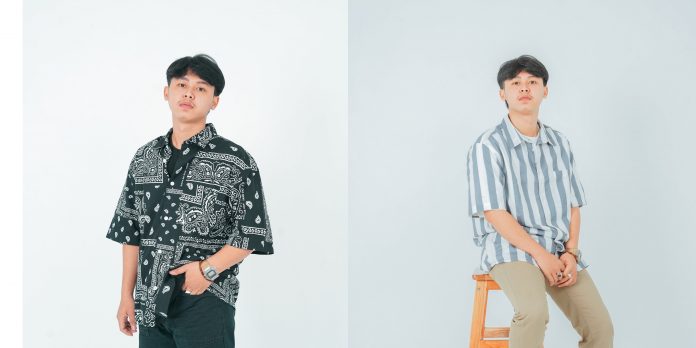 RAFFA Affar, a young man from West Java Indonesia, is a popular name on social media with nearly 4 million followers on the TikTok app now re-recording the song Tiara which was once a whistle in the 90s, sung by the group Kris.

“This song is very close to my heart and I feel happy to be able to sing this song again,” said Raffa when asked why he chose the song.

Tiara’s song, which used to be a ‘slow rock’ song, was performed by Raffa in his own way and style.

In addition to his single, Cinta Sampai Mati, which was spread on TikTok, Raffa is also famous for his unique voice, apart from having a handsome face.

According to the Managing Director of Hayat Kreatif Studio, Aidilhayat Omar said, at this time it has become a trend for Malaysian songs to be re-recorded by Indonesian singers.

“Without realizing it, the influence of constantly fresh songs from the creators of this country, has gone far to other states,” he commented.

Hayat Kreatif Studio, which is responsible for the distribution and promotion for Raffa’s songs in Malaysia, is confident that the selection of Tiara’s songs is right.

The number of views on Raffa’s youtube channel reaches 300,000 every day. After Raffa, many have started re -recording Tiara songs in Indonesia.

Aidilhayat thanked Datuk M. Nasir and Luncai Emas Sdn Bhd for the permission given to re -record the song.

“The copyright licensing process has been simplified by Luncai Emas. With this collaboration, Hayat Kreatif Studio also hopes that the trend of re-recording popular songs such as Tiara will continue because it can reintroduce old songs to the younger generation today, ”he explained.

Tiara is the second single from a collaboration between Hayat Kreatif Studio and Botram Media Entertainment. Meanwhile, the copyright of this song is under Luncai Emas Sdn Bhd.

Now, the song Tiara by Raffa Affar is available on all streaming platforms and the music video has been uploaded on Hayat Kreatif Studio’s Youtube channel for public viewing.

Read :   7+ quick solutions if Safari is not working on Windows 10