Skip to content
MENU
ODK New York / TOP / For not joining the strike, this rider is called a traitor and selfish

Last Friday, the food delivery community held a strike called the Food Delivery Blackout. This strike is a sign of their protest against the low prices that food delivery companies have to pay.

To that end, the average food delivery man has agreed not to work for one day, to raise awareness about this issue to the public.

Even though the Food Delivery Blackout went well and was supported by a large number of food delivery workers, there were still some of them who were still working and not participating in these protests.

In a post on TikTok, a man sparked a lot of discussion after he claimed that food deliverymen working during the strike were traitors and selfish.

“Mat Kilau’s story is true, the Malays will not unite. There’s no point in going on strike because there are selfish traitors,” wrote this man. 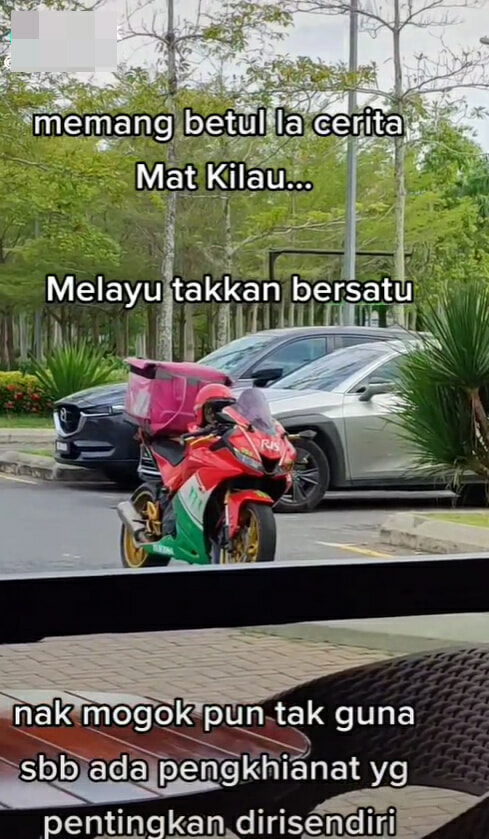 This man continued, this strike must be supported by the food delivery community because it aims to help all parties. In addition, the strike is only for one day and those who participate can return to work the next day.

The post turned out to be viral and got various reactions from netizens. The survey results in the comments column found that on average netizens disagreed with the man’s statement calling individuals who did not participate in the mass strike as traitors.

According to one netizen, it is possible that individuals who do not join the strike have family responsibilities and responsibilities that must be fulfilled. Moreover, not everyone is able to sacrifice the benefits of working even if it is only for a day.

“Don’t think they are traitors.. they have dependents.. they don’t care about religion and race.. it’s about making a living for the family…”, wrote a netizen.

What do you think about this issue?

READ: It’s Not Easy To Be A Rider, The Delivery Status ‘Courier Chased By Dog’ Makes Many Amused

Read :   Roe's ruling demonstrates the complex relationship between the courts, the public